Taming of the CPUs 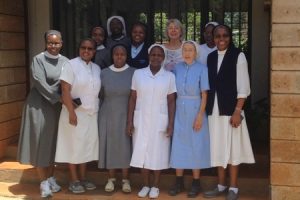 Today (Wednesday) is the last day in Ruaraka. Birgit & Michael will be heading to Masai Mara National Park, and when they return they’re going to spend one more night in Karen, where they will meet with Dr. Walk and his wife (who are arriving in Ruaraka on February 8th).

Both classroom are now fully operational, except two computers which could neither be booted properly, nor did a network re-install work. Even the attempt to install from USB failed. The fdisk -lu readout showed us there was no HDD available in the first place, so we opened the casing, checked and saw that the IDE cables had come loose. For whatever reason.

And then, the breakthrough. Michael found out that it’s possible to configure the network card by hitting Shift+F10 while the boot routine is running. And the card had been set to “PXE disabled”. Now the installation is working again as per usual. 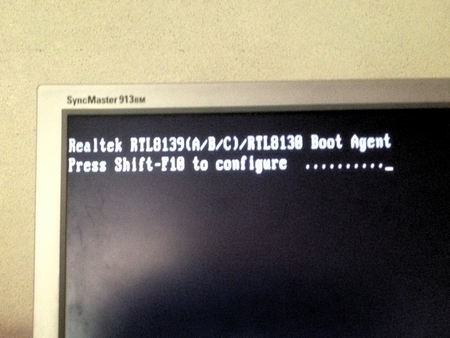 Birgit has been helping out in the Uzima Dispensary the last few days, making the beds, laundry and much more. If anyone’s up for doing some good at the small maternity clinic, bring some bedsheets (used ones are fine too, but they have to be clean). The ones they have are mostly quite worn – some even have holes the size of a person’s hand in them.

The company who sold the previously mentioned Android tablets to St. Scholastica Catholic School managed to connect each of the devices to the notebook functioning as the server. And Michael downloaded a few instructional videos from Youtube (the videos from Ghent University – TED-ED are very good for this purpose) and put them on the tablets. Works like a charm, even if the process of connecting the individual tablets to wifi still needs practice.

All right, that was our last report – more will follow at the meeting of members once we’re back to Germany.