Arrival in Nairobi – the good and the bad

Flying to Nairobi from Stuttgart and via Zurich is a far more economical solution than flying directly from Zurich. So we decided to start this year‘s Kenya mission from Stuttgart instead, especially given that there‘s a good bus connection directly to the airport from Konstanz.

Michael was concerned whether the baggage would be loaded up in time during the stop-over in Zurich as there were only about 45 minutes between landing and take-off. But the Swiss were reliable as ever, and both pieces of luggage showed up in Nairobi. Sisters Paula and Emily came to pick us up from the airport, which had been partly extended since we were last there. A bright, new Terminal 3 greeted us upon our arrival.

But we were in for a nasty surprise when opening our luggage. The lock had been removed from one of the suitcases, and a dated smartphone as well as a laptop had been taken. The computer was meant to be gifted to the best student from the outgoing year 2016 group, which makes the fact that it was lost much harder to bear than the cost of the device. We‘re looking for a replacement.

Sister Emily had asked IT teacher Charles to come into the school on Saturday and talk over the plan of action for the next days with Michael. First off, we‘re going to clone the server hard drive, then install it on one or two clients and test them. If the test goes smoothly, everything will be rolled out in the two classrooms. We‘re leaving everything else as it is and will only be repairing the few clients that don‘t boot up properly anymore.

The only other thing left to mention for now is… mangoes! Enormous, delicious, tasty apple mangoes… 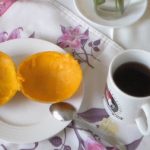 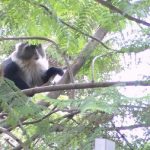 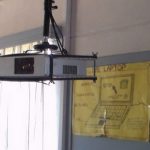 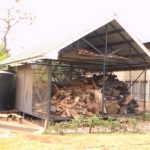