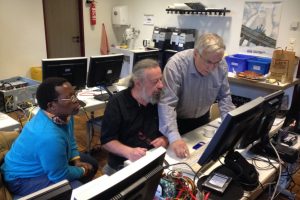 For practising the installation of the new master solution for Linux4Afrika, which had been compiled by Hans-Peter Merkel (HPM), the Volkshochschule March generously offered its training rooms for free again to the Freiburger Open Source Netzwerk e. V.

On Sunday, October 2nd, 14 participants came to the workshop. Among them were Salvador Joao and Paulino Miguel of the association Wualo Nu Orukula – Säen und Ernten e.V. (“Sowing and Harvesting”) for the first time. The association’s aim is to promote initiatives for self help, and they want to found an education centre in Mozambique. Other participants were Peter Diez and Benjamin Rybalkin from Karlsruhe, who plan to equip a school in Pondoland/South Africa with Linux computers. Also Afizou Kpebane of the association Saar-Togo – Bekämpfung des Analphabetismus (Saar-Togo Association de Lutte contre L’Analphabetisme / Saar-Togo fighting illiteracy), was again taking part as he wanted to revise his knowledge in the workshop.

When the participants had introduced themselves HP and Michael Scholtz explained the project Linux4Afrika, especially the successful installations in Kenya (Ruaraka/Nairobi – Karen – Chesongoch/Rift Valley). The project there is successful because it has been supported constantly in the past years and will be taken care of in the future. On the other hand the pitfalls and problems, painful experiences in Tanzania were mentioned, too. Corruption with import of hardware is still being a big problem in Africa.

Linux4Afrika is going to focus its work on Kenya in the near future, but is willing to share its know-how with other projects and support them technically if needed. The workshop was part of this strategy.

HP first explained the minimum requirements for the hardware, the set-up of the server with the master solution/Edubuntu as well as the process of installing the clients. The master solution on the server is still running with the 14.04 version, yet the roll-out was practised on trial with the new 16.04 version. As the original version had been installed in English, Salvador and Afizou had to change their versions to Portuguese or French respectively and then synchronize with the server again.

Linux4Afrika member Michel Peccia was not able to attend the workshop but had kindly sent some mainboards; they were upgraded with available memory (RAM), built into no-name cases and equipped with the server hard disks which HPM had cloned. So the roll-out could be practised at the work stations without problems.

For the “newbies” this workshop meant enhancement and encouragement to tackle the planned projects (Peter´s feedback), while for the “old hands” it was an opportunity to revise knowledge – and besides a welcome occasion to deepen contacts.

Special thanks to HP for organizing the workshop, Michel for the hardware as well as Andreas and Salvador for food and drink. 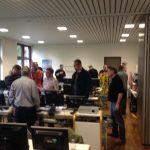 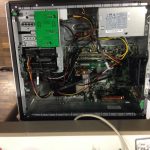 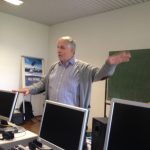 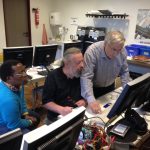 HPM and Franz at work