The bumpy road to Chesongoch 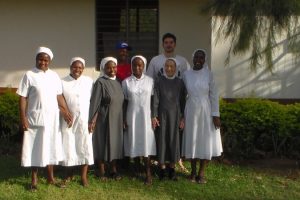 Today we were off to an early start, at 6 AM to be precise. Four people – our driver Peter, Sr. Maria, Michael, Stefan – and a whole pile of computer stuff. Luckily we’d already packed everything the night before, allowing us an extra 30 minutes of sleep. Our destination was Chesongoch in Kenya’s Rift Valley.

Only a few hours had passed when we spotted wildlife (zebras, antelopes, monkeys) on the roadside. Not to mention the breathtaking scenery… a welcome change from Kenyan traffic, which made Michael shake his head for the duration of the trip, especially in terms of the local “rules” for overtaking the others.

Quick coffee break in Nakuru, then on we went towards Eldoret. The sisters had organized for a second vehicle to wait for us there which would then take us to Chesongoch. The only thing was that Sr. Paulina and Anthony, our next driver, were still out shopping when we arrived. And their purchases took up quite a bit of space in the back of the car, meaning we had to repack everything. All that ended up setting us back a bit in terms of our scheduling, but not too much.

By the way, Sr. Catherine at the Eldoret convent is a real Linux advocate, highly praising the OS’ speed and resistance to viruses. So who knows, maybe we’ll manage to convince the school in Kimumu as well…

In any case, we were able to stretch our legs and have lunch before continuing our journey. With Sr. Paulina and Peter joining us on the way, there were a total of six people in the car. And, as the title says, it was a bumpy road. Although the amazing landscape, with a whole variety of trees, shrubs and flowers in full bloom, took our minds off the bumps and bounces on the dirt road. The best thing was a detour we had to take, which turned the dirt road into an even dirtier road – a single track, full of potholes and a lot of oncoming traffic. We were sweating all the way, and not because of the heat and humidity in the Rift Valley. It’s really not a road you’d want to take at night, or when it’s raining. But Anthony knew every twist and turn and shortcut to avoid most of the roadworks on the way.

Finally we arrived in Chesongoch. Sr. Lucy welcomed us and showed us our rooms, and we quickly unloaded the computers and monitors after that, then went to have dinner. There was no electricity, although we did have light thanks to the solar power installation they use at the convent. Also, for anyone who likes mangoes and papayas, Chesongoch is the place to be! We’ll see if we can take a few of them with us.

We replaced all of the old computers on the next day, when the electricity was back (otherwise we would have had to start the generator). Since we’d already prepared everything in Ruaraka, our only obstacles were setting up the network (having to lay all the cables again) and the wobbly wall sockets. But we finally managed to set up the rooms, and now they’re fully functional. So much, in fact, that two little boys who’d never used a computer before in their lives came by to investigate the room, and we got them set up and playing games in mere moments.

Then, in the evening, we demonstrated the room to all of the Sisters, had them carry out a few small exercises (Wikipedia, LibreOffice, VLC) and showed off the media power of the computers as well. It’s safe to say that Srs. Lucy and Angela, who are in charge of the computer room, were thrilled. They say thanks – not just to ourselves, but also to all those sponsoring us. The plan now is the make the room available to other schools in the Chesongoch area. All in all, the operation was a total success. And we brought all the old computers and monitors back to Ruaraka the following day so they can be recycled. 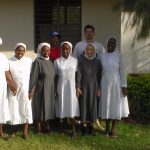 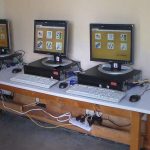 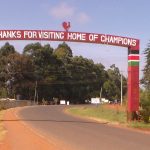 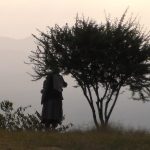